Siairra’s Story: Raising a Child During the Covid-19 Shutdown 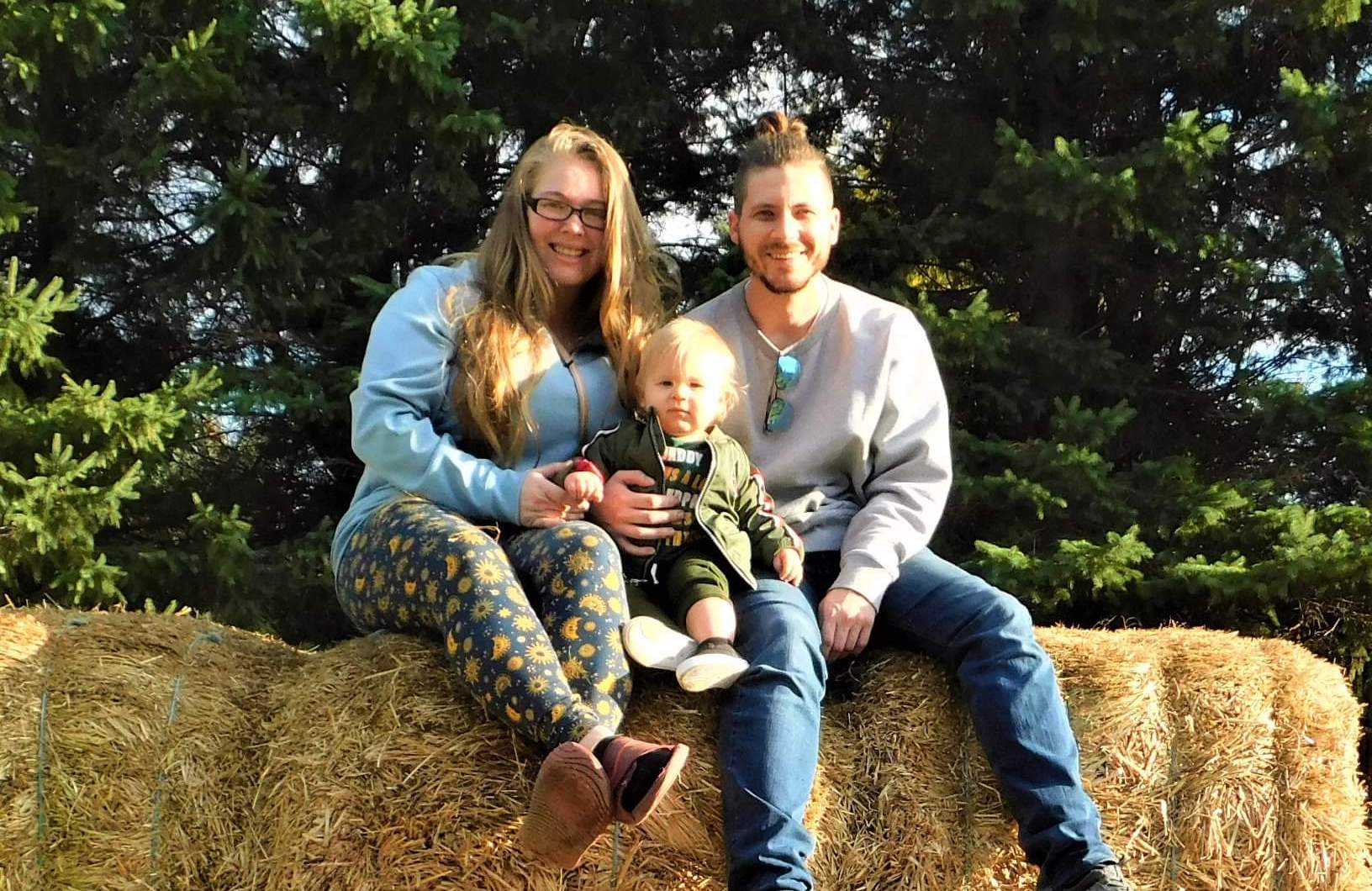 Meet Siairra, a stay-at-home mother who lives with her 18-month-old son and fiancé in upstate New York.

We recently moved to Ogdensburg, New York, which is where my fiancé was born. This is his home. It’s so upstate that it’s basically Canada! We’re only two miles from the border and we can see Canada from the river by our house.

We first moved to upstate New York because my fiancé and I had a baby and a pit bull, and we couldn’t find anywhere in Florida where I’m from that accepted that breed of dog. That’s when we decided to move.

It’s been a culture shock living here. This is the only city in the county we live in, and it’s really different from Tampa Bay, which is the kind of city I’m used to. The homes are close, but this city is full of older folks. They’ve got a prison here, a mental institution, and a movie theater that’s been closed for 10 years. Unfortunately, the city hasn’t progressed in 10 years because it drives young people away with high taxes.

In terms of seasons, the fall and summer are great. The library has some fun events for kids, too. Volunteers come to help make crafts and we have social hours.

How are you and your family coping with the coronavirus?

I’m doing better than I originally thought I would. I was more nervous at first, but then again, I get anxiety about things like getting gum off my shoes.

My fiancé is an essential worker and has two jobs. He works during the daytime five days a week at a factory that makes computer boards for hospitals, and two to three days a week he works a night shift at Frito Lay. It makes avoiding exposure very hard. You’re fighting an invisible enemy all day every day. If you don’t work, you may not have a job when things go back to normal.

I always budget four months ahead, so we’re financially prepared. I was proactive about buying essential items before people were buying the stores out, so that puts my mind at ease.

What does your son think about what’s happening?

My wild child of a son is as happy as can be and couldn’t care less about what’s going on. He’s also only 18 months. He’s going through his terrible twos early, I think. Most days, I don’t have time to think about the coronavirus because I’m looking after my very active son.

He’s pretty much on the same schedule as before all this started. He used to go the gas station and run errands with me, but I don’t think he’s noticed that changed. Now, instead of going from establishment to establishment, we just go from room to room a few times a day. We try to keep him busy, which means these days he’s allowed to make way bigger messes than I would usually allow. He has more toys than he knows what to do with.

What does a day in your life currently look like?

My fiancé wakes up and goes to work at the factory early. My son then wakes up around 8am and comes in our room with his blanket, kisses me up on my forehead, and says, “Awww” to me. Usually, he’ll grab the remote and we’ll watch tv, read a book, eat breakfast, play a game, and listen to music. My fiancé gets his lunch break at 12, so we’ll go downstairs to make food and eat with him. Then comes nap time for my son, which lasts about two hours. When he’s done, he’ll stroll out of his room, we’ll read, and have a dance party.

By 3:30 in the afternoon, my fiancé is done with work. He takes a shower first thing when he gets back and then he gives me a little break and watches our son. We make dinner around 5:30pm, then he goes to Frito Lay after dinner if he’s needed. If he goes, I give the baby a bath, put on his jammies, sometimes we finger paint or plays with toys, and then he’s out like a light by 8pm.

My fiancé comes back from his second job around 8pm, then we start our night routine. He takes a shower, we watch YouTube videos, the news, then something funny to lighten the mood, then Joe Rogan videos, and we’re in bed by 10:30 or 11pm.

Instead of going to the grocery store multiple times a week like I used to, I only go once a week—if that. My life is pretty much the same as it always was except for going to the store more infrequently these days.

I used to get really bad panic attacks, but I haven’t had them recently. The other day, I saw the signs about social distancing and staying six feet apart and it made me anxious. Inside the store, there were announcements about social distancing, washing hands, and people were wearing masks and dodging one another. I’m only 25 and I haven’t seen anything like this in my lifetime. It’s definitely eerie.

How do you envision your family’s future?

We have a 5-year plan. I do hope that everything gets back to normal soon.

I crave human interaction. Before all this happened, I was looking for something to do after my husband went back to work, but I don’t want to put myself at risk. Hopefully, I can get a job around my fiancé’s schedule. When I get a job, my income will be what we put into our savings.

My fiancé and I were also supposed to get married in July, but now we’re getting married next July in 2021. I have photos of my parents when I was my son’s age at their wedding, and I really want to recreate those photos with our son.

How do you feel about SaverLife?

I really like it! Recently I won $5 through Scratch & Save, which was nice. I really love the idea of the different savings challenges. I love all the articles on the website from people because it’s from their different perspectives.

Who doesn’t like free money for doing something you already do?

Meet Emmanuel, an Applications Analyst at a hospital. He used stimulus payments and savings to pay off debt during the pandemic. Earlier in life, Emmanuel wasn’t “the best with money.” He didn’t learn about money management when he was growing up and accrued significant credit card debt in his twenties.   The pandemic has been a… Read more