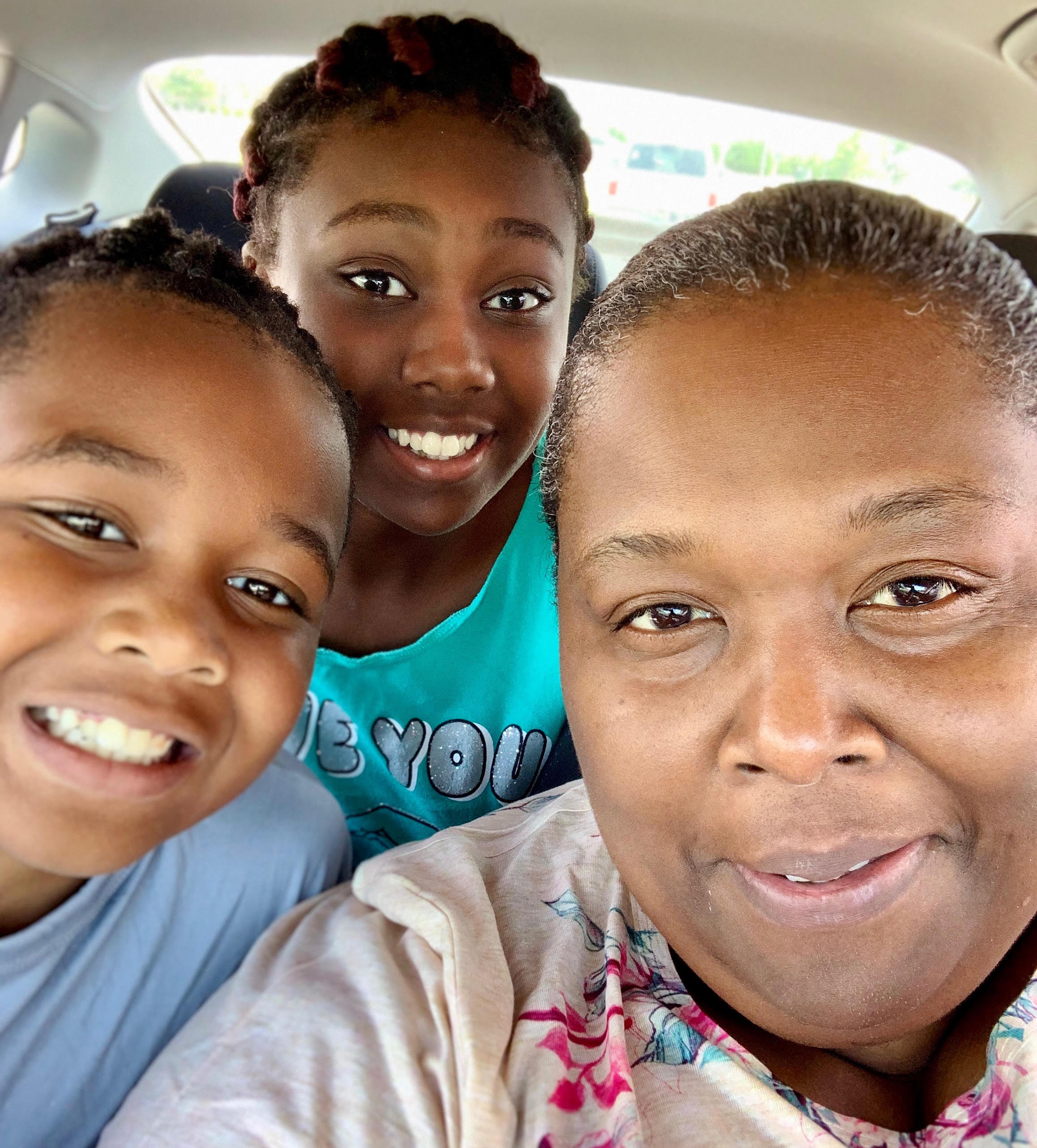 Meet Tamiko: Tamiko lives in Dothan, Alabama with her two children, Ayonna (13) and Aidan (8). She has worked as an administrative assistant for her church for 16 years.

My mom was a single parent, so she always managed money. It was a struggle for me, but as I got older and had kids, I saw that I needed to save money.

My mother had savings accounts, one in particular called her “emergency cash” to keep at home. She put away money out of each paycheck.

When I was younger, I didn’t think about saving. But as I got older, I had bills and I realized I can’t spend the way I wanted to, as though I was younger. When you have kids, the dependency is on you now.

What are the lowest and highest financial points in your life?

My highest point would probably be now because I have money to do the things I couldn’t do.

My lowest point was during the time I was transitioning away from my kids’ father. All the financial responsibilities fell on me. At some point, I couldn’t see a way to pay for it all.

My grandmother’s sister used to say, “Pay yourself first.” At first I didn’t understand what she was saying, but then she said, “You know what your bills are every month, but put $20 or $30 aside first. Think of yourself first.”

I try to do that now. If I don’t save the money, I’ll treat myself and the kids to something special.

I’m working to finish up my bachelor’s degree and get a job in my chosen field, and to be financially stable. I’m getting my degree in health administration. In the past, I’ve worked in hospitals, and I’d love to get back to that in an administration role.

I only have one course and I’ll be done by the end of the year. I’m so excited!

Money means stability, being able to pay and do the things you want to do without asking anybody for it. It’s freedom.

How to Get Back on Track After a Financial Emergency

Let’s talk about what to do when the emergency hits. We aren’t trying to bum you out, but the fact is, we are all likely to have a financial shock. What happens when you have to use your emergency fund? First, pat yourself on the back for having the funds, and then strategize. Using your… Read more

Why You Need an Emergency Fund (and How to Start One)

What gets in the way of accomplishing financial goals? Picture this: you’re chugging right along making all the right moves to achieve your financial goals then… BAM! Something happens (A car accident? A root canal?) and you must come up with some cash to deal with it. You need emergency savings to handle unexpected situations… Read more