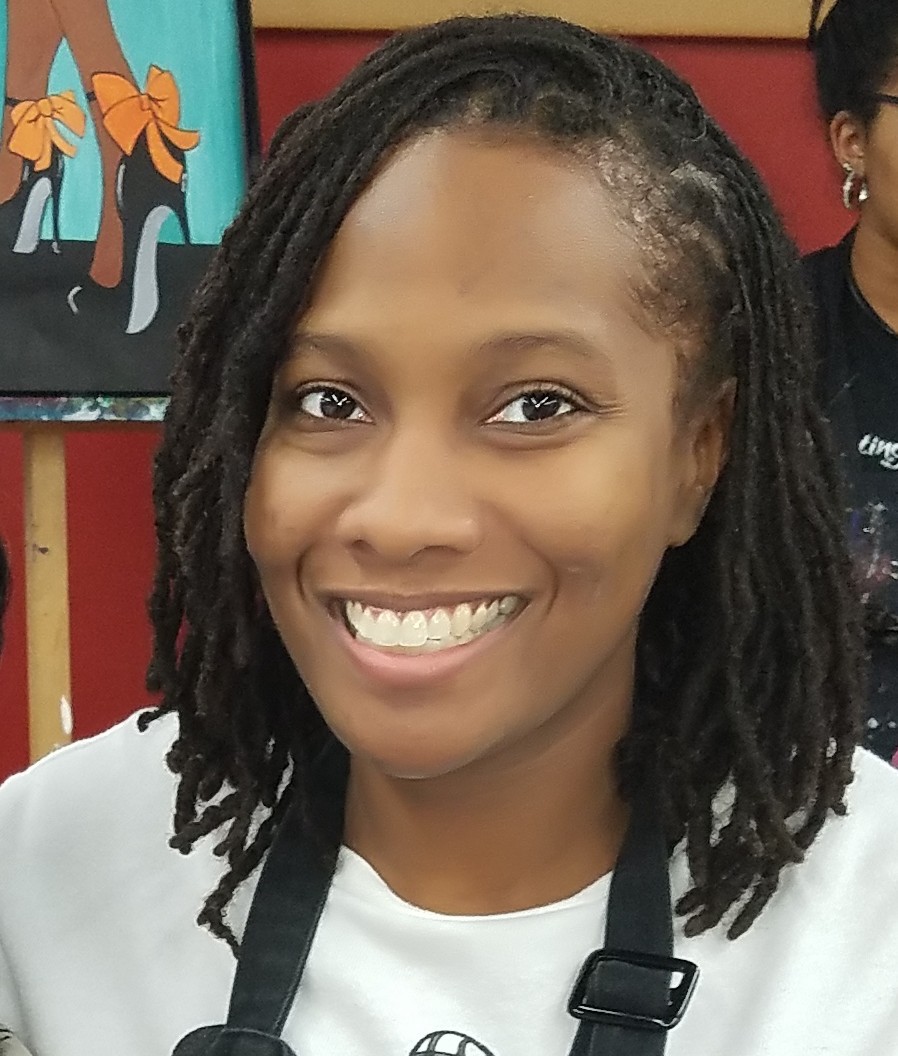 Meet Kiara, who lives in Taylor, Michigan with her 11-month-old daughter and her two young cousins.

I don’t have a job. I take care of my daughter and my two cousins because I have a kinship guardianship for them.

One is my biological cousin and the other is his half-brother. Their grandmother, who had adopted them, passed away March 2017. Originally I had only the older one, but then the person who was taking care of the younger one couldn’t take care of him anymore, so I ended up taking care of both of them. Right now they are 7 and 11.

I want to start doing some work from home, but I can’t do things on the phone right now because of the baby.

I had an upper-middle class upbringing. My parents had really good jobs and rainy-day funds and savings. They both worked for the auto industry.

They taught me that it’s important to create a savings nest egg, but I haven’t had the same opportunities that they had to create that.

What’s the highest financial point of your life?

The highest was in 2009. I moved to Alabama, I had a job that paid a lot more, and I didn’t have credit cards or much financial responsibility. I was doing really well financially.

What’s the lowest financial point of your life?

My lowest point began around 2013. I had a decline in health, which led to me being out of work for a while. I had long-term disability, and then eventually social security disability.

Now is one of my lowest points. I wasn’t prepared to have children when I started taking care of my cousins. For the first three months of guardianship, you don’t receive any financial support. But I still had to buy them beds and clothes. I just had to make it work.

Now I’m working with a consolidation company to get my finances back in order.

If you can’t afford to buy it, don’t get it. Credit gives you a false idea of setting up a goal. You think, “I’ll start out with this low interest, then I can pay it off.” It sets you up for failure.

It’s okay to have a credit card, but you need to only use it when you know you can pay it off.

I just want to get a new financial start. I want to be able to save for my cousins and daughter so that when they start off in life, they’re not in the same situation I’m in.

I want to be able to have savings for my daughter, even if she doesn’t go to college, so that she can go into adulthood with a little bit of money.

What do you want to teach your daughter about money?

I want to teach her the things I wish I had known. Education is important, but it’s not worth it to go to college and put yourself in $40,000 or $50,000 of debt just to fit into what society wants from you. A lot of trade schools can get you jobs that pay just as well or better, like being an electrician, as what you could do with a degree from college.

I was always an Honor Roll student, but I didn’t like school. My first year out of high school, I started working. I had two jobs and was happy with that. But people talked down to me, so I went to school and it wasn’t a good fit for me. I didn’t finish and now I have these loans that I still haven’t paid off. I wish someone had told me that I didn’t have to do that.

Daisy’s Story: Dreaming of a Purple House with Chickens

Meet Daisy, a part-time lecturer and breastfeeding peer counselor, living in San Francisco with her 5-year old daughter. What do you do for a living? I currently have two jobs and might pick up a third. I lecture a weekly class at San Francisco State University and I also have a part-time job as a… Read more

Pashen’s Story: Lessons for My Boys

Meet Pashen, a Florida native currently living in Lake Wales with her three sons. What do you do? I’m a paraeducator at my local school district. I help my students who may have learning disabilities. What did your upbringing teach you about finances? As a kid, I was always worried if my parents were going… Read more

Meet Nastassia, a mother of five and an immigrant from Jamaica who has been living in New York since 2009. What do you do? Right now I’m not working. I had an injury when I was pregnant with my last child, so I’m at home. My fiancé just started at a new job at a… Read more