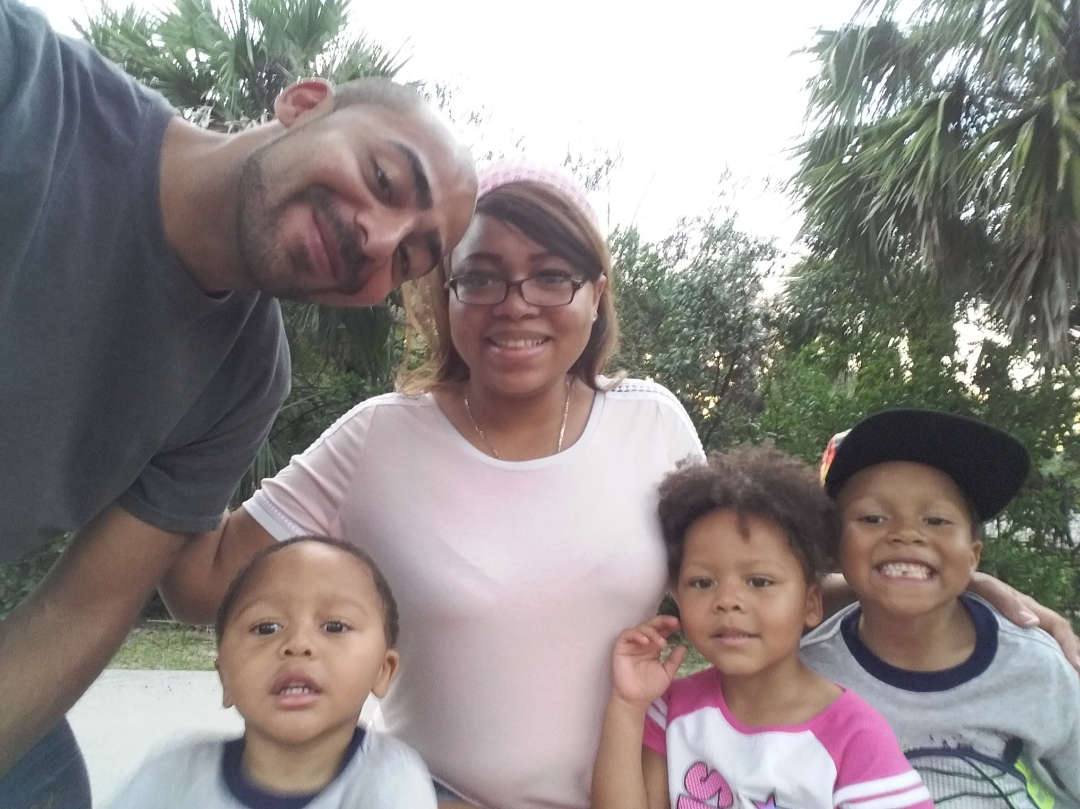 Meet Nastassia, a mother of five and an immigrant from Jamaica who has been living in New York since 2009.

Right now I’m not working. I had an injury when I was pregnant with my last child, so I’m at home. My fiancé just started at a new job at a warehouse.

I was injured at a store near my home. The injury makes my life so much more difficult. I go to physical therapy, but it’s still an issue. It’s not getting worse, but it’s not getting better either. I’m not able to do a lot of things because of the pain.

I’ve always been the person who saves. Especially coming from Jamaica, things are so different. There is so little opportunity there and so little resources.

When I got money from my parents for lunch at school, I would often save it. There would be weeks at a time when I didn’t have lunch. But I had great friends who shared their lunch with me because they knew what I was saving for. I didn’t tell my family I was saving my lunch money because I didn’t want them to worry about me. I wanted to be able to buy the things that I needed without asking them.

The highest was when it was just me and my kids in Florida. We had better credit and it was more comfortable. When we were living in Florida, I had two jobs to make sure I could give my kids a good life. I never want them to see me struggle or suffer.

Before my fiancé got a job was the lowest point. It’s still a challenging time because we’re struggling with rent and bills.

It’s always been up and down. I want a future where we don’t have to struggle so much.

I am just trying to stay positive. I have to be positive for my kids. If anything were to happen, it would be fine as long as I was still around. If I had to have three jobs to support my kids, I would.

I see brightness in my future, if I keep saving. Some people want flashy things. And that’s not me. I’m not the kind of person who wants to buy this or that and show off to the world.

I want my kids to continue in school obviously. They’re good right now. Even though they’re young, they’re smart. I want to keep them on that path. I also don’t want to force school on them. I don’t want to be that parent. My oldest says he wants to be a marine biologist because he’s really into animals. I hope he stays on this path. My other two oldest kids keep switching what they want from the future.

Whatever they decide they want to do, I’ll stick by their side.

It’ll be good to have a substantial amount, but I’m not money-hungry. I’m not that person. At the end of the day, if you die, you can’t take it with you. But it does make your life a little bit better.

If you’re money-hungry, you’ll push everything important aside. People will be in your life because you have money, but not for you.

Meet Karina, a PhD student in Chemistry living in Columbus, Ohio with her young son. What did your upbringing teach you about finances? Sometimes we think we need things that we really don’t need. If you just wait, you realize that you really don’t need that thing. As a kid, when I asked my mom… Read more

Meet Kiara, who lives in Taylor, Michigan with her 11-month-old daughter and her two young cousins. What do you do? I don’t have a job. I take care of my daughter and my two cousins because I have a kinship guardianship for them. One is my biological cousin and the other is his half-brother. Their… Read more