Nicole’s Story: Live on Less Than You Earn 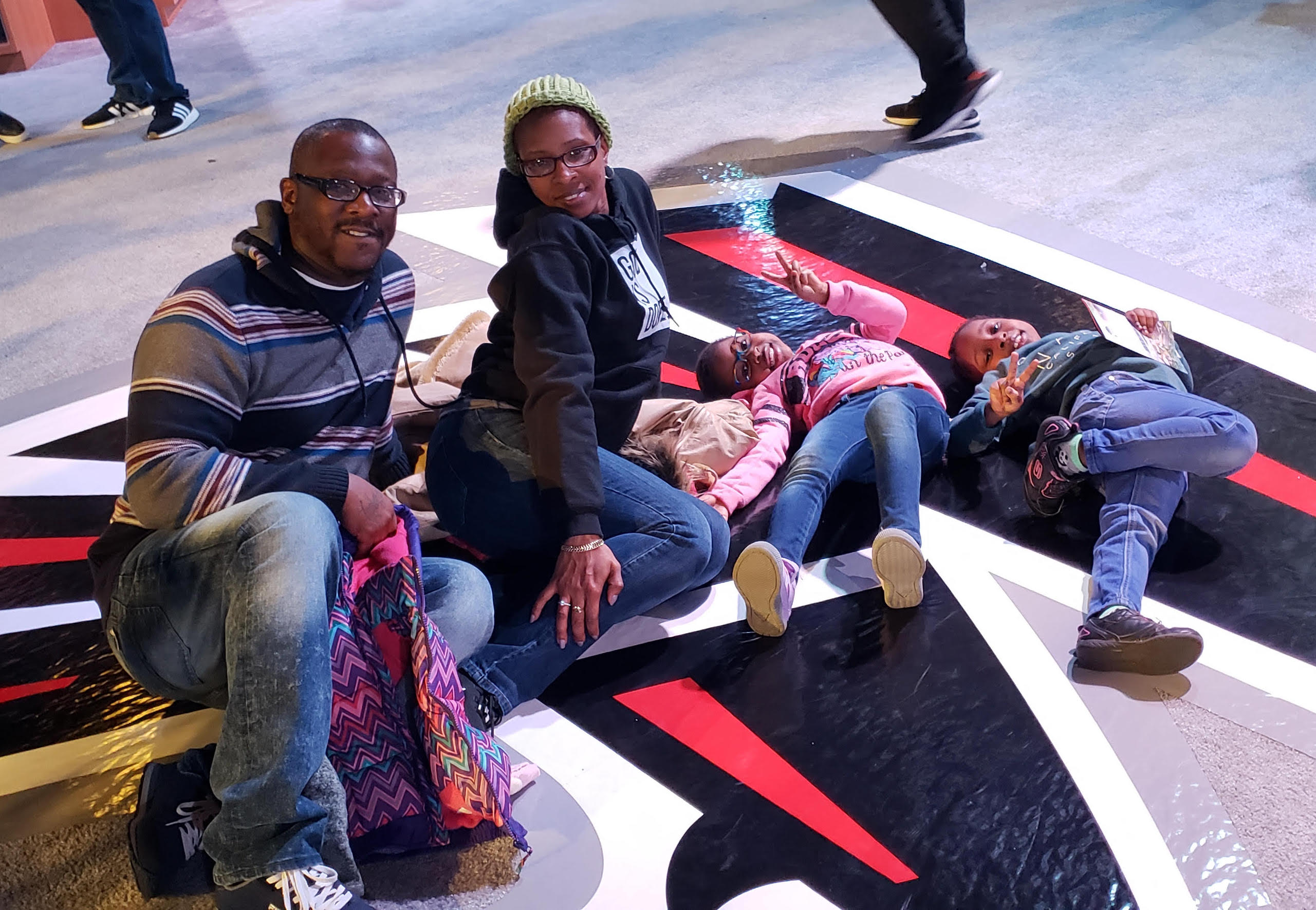 Meet Nicole, a social worker and mother of two in Atlanta, Georgia.

Right now, I’m working in logistics, but I was a social worker for a very long time. When I got married and had my kids, I took a break from social work because it’s a very involved career. So now I work in a logistics facility that’s about ten minutes away from my house.

Growing up, my mom was a single mom taking care of four kids. I learned that there’s never going to be enough. Because my mom had divorced my dad and was taking care of us by herself, she just never had enough. She would work all month just to make ends meet for that month, then start all over again.

Not to discredit her, but she didn’t teach us a lot about finances. She just emphasized, make sure you finish school and get a good job.

What is your lowest financial point?

Three years ago, I decided to move back to Atlanta even though my husband was on the fence about moving. We were renting in Charlotte, but I had a townhouse in Atlanta with a big mortgage. I didn’t want to be paying rent when I was also paying a mortgage on a house I owned!

So we separated for five months and I moved down by myself. I had to declare bankruptcy. I was doing things that were not fiscally sound. I was making good money, but I couldn’t even see it because I was spending it so fast. I was spending it foolishly, frivolously. I was reckless.

How did you make a change?

My older sister is a finance guru – she can squeeze a nickel like no one else. She’s an accountant and exceptionally frugal.

When I got in a bad state, I called her. She sent me an Excel spreadsheet with a sample budget. We got all my bills, put them into separate piles: things I had to pay, things I could pay off in bankruptcy, and things I could get rid of.

After that, I started bagging lunches. I give myself one day a week as a treat to go out to eat, with a $10 maximum. I just had to make fiscally responsible decisions.

These are little things, but they add up over time. I had to put more thought into everything I did.

My brother was in the service, and he took me to Navy Federal, so I opened a separate savings account. So now $35 per pay period goes into that account. It doesn’t sound like much, but it adds up. It could be Christmas money, but it’s not going to be everyday money. And it’s just going to sit there out of reach and accrue interest.

What is your highest financial point?

Right around now is a high point for me! I’ve learned better money management and financial skills and I’m actually putting them into practice. I’m doing things in a positive way and I am doing it purposefully – not because I have to, but because I want a different way.

Live on less than you earn. Don’t owe people money.

I read it on Facebook. When I was at my lowest financial point, I was scrolling on FB and I had an epiphany, a moment of clarity – I do that, I spend every dollar I earn, and I’m not saving anything.

I would like to own two more properties: a house outside of Charlotte because I like that area, and a house somewhere else. At the end of the day, I want to be able to gift both of my daughters a home, so that when they start their lives out, they don’t have to worry about bills.

I would like to be able to work and have that money go into investments. I want to work because I love what I do, not because I have to work to live.

My five-year-old is graduating from pre-k and will be school age soon. I told myself that I just need to get both of my babies into school, then I’ll go back to social work. I actually just got a call back on an interview to be a program coordinator for a nonprofit!

At the end of the day, I realized that these material things don’t matter. You need money, but you don’t need as much as you think you need, especially if you’re more cautious with the money you have. Maybe you don’t need more money, you just need to do more with what you have.

Tiffany’s Story: 100% Self-Made, Independent, and Proud of It

Meet Tiffany, an insurance company Customer Service Expert who lives in Michigan with her six-year-old son. What did your upbringing teach you about finances? I was always a hard worker and strived to make my own money. I’ve saved money to buy the things I wanted or felt I deserved. I pride myself on being… Read more

Allison’s Story: No Such Thing as Over-Prepared

Meet Allison, a Data Analyst who lives in Winooski, Vermont with her three roommates. What do you do? I am the Manager of Data Analytics for a home health and hospice agency. I’ve been here for a year and a half, and really love my job. I have a lot of autonomy, and I get… Read more

Andrea’s Story: Money is About Having Options

Meet Andrea, who lives in Connecticut and loves video game memorabilia. What do you do? I’m not employed at the moment. I have been employed in the past, but it’s been a while. At the moment, I’m trying to figure out some things before diving back into employment. What did your upbringing teach you about… Read more